Blainville’s beaked whales (Mesoplodon densirostris, Md) are known to associate in groups, exhibiting metronomic dive behaviour. They tend to vocalize via echolocations only during deep foraging dives using broadband clicks. Using Md click data collected on AUTEC (Atlantic Undersea Test and Evaluation Center) hydrophones, a method for estimating Md abundance is presented. The proposed approach extends previous methods developed by Moretti et al. (2010) and DiMarzio et al. (2008). Instead of considering an estimated average group size value based on literature, the size of each group will be estimated considering variables derived from the acoustic data, via a generalized linear model. There is an indication that the most important variable to explain group size happens to be the click rate. A bootstrap was then applied to propagate the variance in the model of group size thorough the estimates of variance of density per day. The results from this study, conjugating with previous and future studies,will allow a better understanding of this species behaviour in order to monitor mobility patterns. 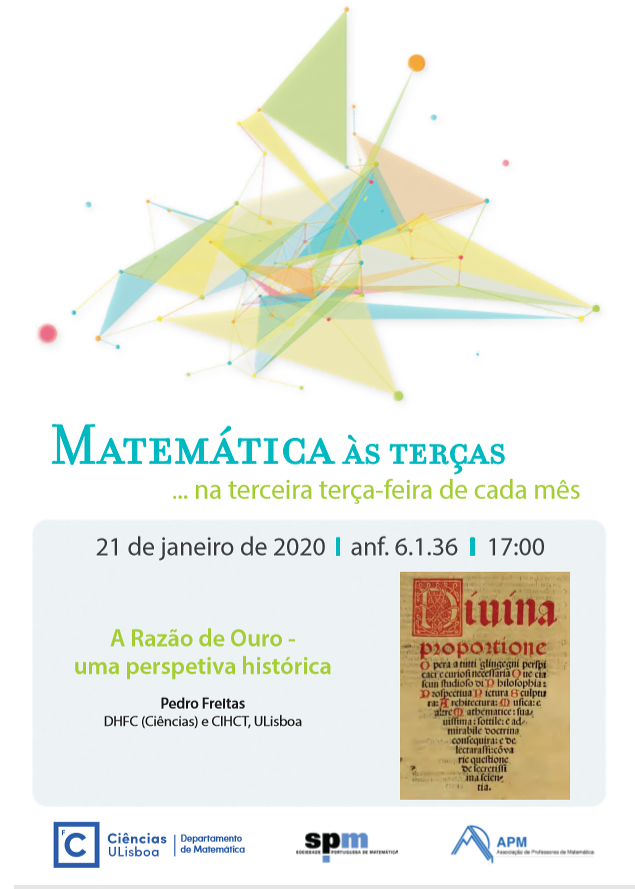 Prova de Doutoramento "Structure and tectonics of the crust and Moho discontinuity of the Gloria Fault and Terceira Rift (S. Miguel) along the Nubia-Eurasia plate boundary"

Luís Filipe Rodrigues Batista defende a tese "Structure and tectonics of the crust and Moho discontinuity of the Gloria Fault and Terceira Rift (S. Miguel) along the Nubia-Eurasia plate boundary".

Biophilosophy in Practice: new perspectives in the epistemology of the life sciences

Probing the Thomas and Thomas-Yau Conjecture

We begin with an introduction to R and provide a protocol for data exploration to avoid common statistical problems. We will discuss how to detect outliers, deal with collinearity and transformations.