The representation of concepts in mind/brain: arguments and evidence for atomism

Abstract: Meaning has been referred to as the “Holy Grail” of cognitive science—and for centuries its nature has been at the center of controversies in philosophy, linguistics, psychology, and neuroscience.

In this talk I will review the debate around the nature of concepts - i.e., how the mind/brain represents the very units of meaning. Thus far, most accounts of conceptual representation have relied on analyticity. The strategies vary between lexical-semantic decomposition and the postulation of necessary inferences to related concepts, often couched in terms of “distributed representations”. The common assumption is that conceptual content is dependent on more primitive elements such as “features”. I will review psycholinguistic and neuroscience evidence and advances arguments for the only alternative to “feature” (or molecular) theories: lexical-conceptual atomism.

Beyond Fodor’s version of atomism, the version I put forward assumes that conceptual relations - thus the elements that produce effects of feature dependency - come from quasi-logical inferences akin to meaning postulates, though they are not necessary but synthetic. Crucially, inferences are not content-constitutive and do not enter into semantic composition. Despite going against “consensus”, atomism is the only way to avoid content holism.

On the uniform distribution of dislocations 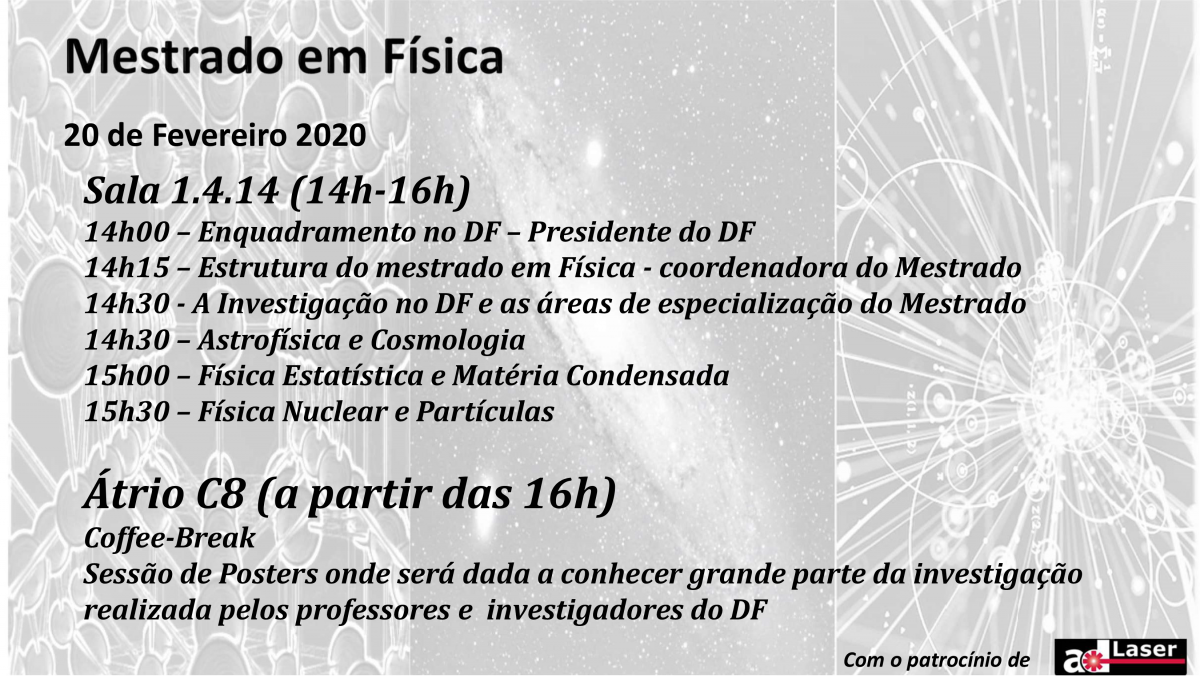 A new look at permutation groups of simple diagonal type

Prova de Mestrado "Analysis of the breathing apparatus of the cerambycid species that colonizes pines infected by the pine wood nematode, Bursaphelenchus xylophilus (Steiner and Buhrer, 1934) Nickle, 1970, with special emphasis to the insect-vector Monoc"

Ana Catarina Guerreiro Leal defende a dissertação "Analysis of the breathing apparatus of the cerambycid species that colonizes pines infected by the pine wood nematode, Bursaphelenchus xylophilus (Steiner and Buhrer, 1934) Nickle, 1970, with special emphasis to the insect-vector

Sessão de apresentação do Prémio IN3+