Abstract: Moiré lattices result from the superposition of identical or similar periodic structures rotated or shifted with respect to each other. They comprise special phases between strictly periodic and disordered media. I will describe the first experimental realization of optical moiré patterns which were used for the first demonstration of two-dimensional localization-delocalization transition of light beams. The experiment and the theory describing it prove possibility of two-dimensional localization in purely regular aperiodic potentials.

Short bio: Professor of the Faculty of Sciences of the University of Lisbon since the end of the last century. 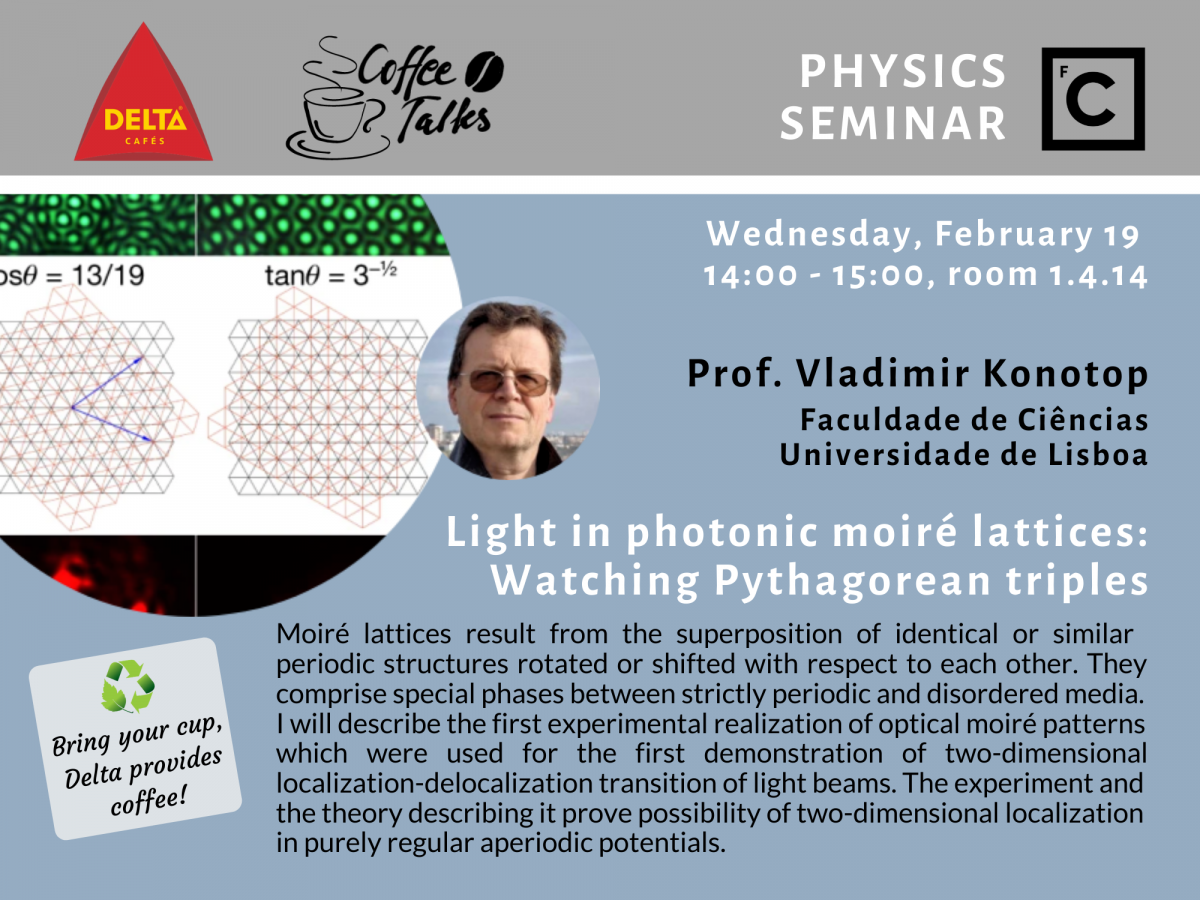 Stable isotopes in Ecology and Environment: a tool to integrate scales and complexity

Overview: Currently, climate changes or alterations are known to be reflected on the stable isotope ratios of Hydrogen, Nitrogen, Carbon, Oxygen and Sulphur present in atmospheric gas forms, fresh or ocean water, as well as in plants and animals and organi

Objectives: To introduce participants to the details of communicating science to non-specialized audiences, including, but not exclusive to, public and private stakeholders, students and teachers, and media professionals.

Objectives: Citizen science can be part of the larger process of engaging people in new forms of interaction in scientific research, challenging scientists and citizens whilst enlarging scientific knowledge and providing learning opportunities for all part

Objectives: This course aims at: 1) exploring how scientists can use social media as tools to enhance the communication of their research and the dialogue with society, and 2) discussing the differences that exist in the work of scientists and journalists

Objectives: This course will teach how to apply the SWAT eco-hydrological model to assess the impacts of climate and associated changes on water-soil-plant interactions, and consequences to water resources, soil erosion and nutrient cycles.

Objectives: Provide students with basic knowledge of R programming, allowing them to manipulate and visualize data with R.